STEPS FOR BUILDING YOUR CHARACTER 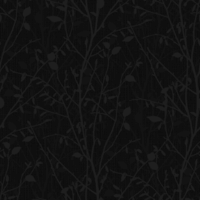 STEPS FOR BUILDING YOUR CHARACTER

Your character sheet can be an online document or an image, although image is preferred. It must include the following.

Name, Age and Race Who are they, what are they? (If you have any unique or different ideas for your characters race feel free to discuss them with a mod/admin!)

Background What is their history? Where are they from and how did they get there? Please provide as detailed a description as possible.

Appearance You must provide either a visual reference, or a detailed written description of your characters appearance.

Advantages and Disadvantages All characters start with 3 AP (Advantage Points) A guide is provided below.

A typical character might have to start off:
A valuable skill (-2ap)
Something they're very bad at (+1ap)
A job (-1ap)
And the favour of the rebels (-1ap)

This system is mostly to help guide you in building a balanced character and help keep things fair.

Advantage Points or Advantages/Disadvantages themselves may be awarded during roleplay, as a opportunity to grow your character. Mods/Admin's will always discuss with you before imposing a disadvantage on your character- but think of these as narrative opportunities for you as a player.

Remember this is a very relaxed role play system, and the advantages and disadvantages are here as a guide to help you determine the outcome of different situations.

A Paid Job - 1 AP
You have a regular income from your work. It's not a lot,  but it's enough to get you by. You can afford food and water, and shelter if you're going to have to pay for it, but not much more.

Cash Money - 3 AP
You're one of the lucky few to have come upon some amount of fortune in this competitive and cruel world. Whether by inheritance, hard work or more unsavoury means, you now have a substantial amount of cash to keep you comfortable. Keep in mind that the Unified Council introduced their own currency ("Fortune" measured in credits - 1 credit is roughly equivalent to 1 american dollars in value, but anyone with a few thousand could be considered rich) as they expanded the city, and outside it's walls it may not be as valuable as food, water or shelter itself.
You have anywhere between roughly 800 - 1100 credits and if money is an issue, you can solve it. Money isn't a permanent fixture, but as long as you don't make any outrageous expenditures, it's assumed your bank is fairly stable.

A Home - 1 AP
You have somewhere permanent to live, that you don't have to pay for. This advantage costs 0 for rebels who live in the rebel camp and permanent residents of the Hidden Village, however your home is harder to get to from outside and not all will be welcome there should you wish to have guests.

Favour - Various AP
You have garnered the favour of a semi powerful body somewhere in this world, outside of those you live with, or who would normally support you. This allows you access to areas that others of your kind might not be welcome in. Your behaviour during roleplay can affect the stability of this advantage.
1 point: rebels, smaller gang, underground criminals
2 points: Blue Merchants, the Faetouched of the Hidden Village, Underground Mafia
3 points: The Pride, The Military, Rebel Leaders
6 points: You have the eye of the Unified Council, or their direct subordinates (you must also justify this in character building.)

Gang Membership - Various AP
You are an established part of one of the various Gangs in the Wasteyards, or the Underground Mafia in the city. They know you, and have accepted you into their ranks.
1 point: smaller gang (There will be a thread for established smaller gangs people create)
2 points: Underground Mafia
3 points: Blue Merchants
4 points: the Pride

Gang leader - 3 AP
You lead your own gang of at least 10 -20 members and have your own small territory in the Wasteyards (don't have to be actual players, can simply be implied or roughly defined)
Being a gang leader comes with the additional benefits of a home and a small income, but makes you more recognisable to those outside your group.

Weaponry or combat training- 1 AP +
You are in possession of a properly sharpened blade, hand crossbow or other real weapon, and you know how to use it. Alternatively you are skilled at martial arts and know how to fight with your body. For some faetouched this could mean your claws or fangs etc.
1 point to own and be able to use your weapon.
2 points to be particularly skilled and well trained with your weapon.
If you have multiple weapons you can take them separate of one another.

Part of the Rebellion - 0 AP
It costs nothing to be part of the rebellion as this can be an advantage, or a disadvantage depending on the circumstances.

Secret Information - 2 AP +
You know something others don't, and this is a secret worth keeping. This costs more depending on the nature of the secret and how powerful it could be. Discuss with mods/admin about what kind of secret your character might know.

Charisma and Charm - 1 AP
You're just gosh darn likeable, it's hard for even the most hardened souls to resent you. This won't always get you your way, but it could at least swing things in your favour- or convince someone to simply remove you rather than killing you outright. Good roleplay will be needed to justify this advantage.

A Skill or Talent - Various AP
Depending on the nature and value of what you're skilled at this advantage is worth different amounts. You can take it more than once to represent different skills. The ones listed are a guide, feel free to ask if you're not sure what a skill should cost +1 AP on base cost to be a master of a skill.
1 point: arts, music, basic handy skills, gardening etc.
2 points: lock picking, stealth, building, tactics, tinkering etc.

A Knack for Magic - 2 AP
Magic is quiet in most of this world, but you have a talent for knowing when it's around. You can sense the presence of it, and perhaps even influence it in small ways.
+1 Maybe you even have your own personal magical current, which you can use for minor effect on the world around you. Luck, or maybe even minor telekinesis of small objects are within your abilities. Perhaps you are an empath and can taste hints of others emotions and motivations.

Faetouched ancestry - 0 AP
While not faetouched yourself, some of your relatives once were and as a result you have heightened senses.

Cliffborn heritage - 1AP
You've inherited your ancestors impressive stature and muscular form. Fitness comes naturally to you, and you tower over most humans.

Angelic blood - 3AP
Somewhere in the distant past your lineage crossed with mortals who rose from the blood of slain angels. You are particularly attuned to the voice of the world, and can feel her pain. Little about your appearance betrays your nature, perhaps you don't even know it yourself. Those with faerie blood will find you particularly entrancing, though they may not know why, as your flesh is far sweeter than most.

Forest traveller - 1 AP
You are heavily attuned to the rhythm of the forest and find traversing it much easier than most. You share your heartbeat with the beasts and trees and have an affinity for the strange things that dwell within.

Ferocious - 1AP
Your wild blood has yet to be tamed and your form is one of particular size and ferocity. This can definitely work to your advantage but your appearance may put humans or outsiders on edge. You are intimidating, but as a result you may not be welcome everywhere.

Changeling - 2AP
Unlike most faetouched, whose forms settled during their pubescent years, yours continues to shift in small ways. While you cannot change your appearance completely, small things like fur colour, markings and eye colour can be changed at will, though it takes time.


ANYTHING ELSE MISSING? Let us know and we'll work it out with you, or fit it into the existing catagories! Disadvantages listed below...

DISADVANTAGES
These can be used to get more AP to spend on advantages. That said, try not to 'min max' your character- this isn't a competitive environment...


Debt  + 1 or more AP
You owe someone money, goods or your service, and they aren't going to let you forget. +1 AP if the debt is serious and the person you're indebted to is a big deal.

Dirt + 1 or more AP
Someone's got some serious dirt on you, and it's in your best interest to keep them quiet about it. This could mean you're being blackmailed, or simply having to be a bit nicer than you'd prefer to certain people. +1 if the information is more serious, and the person holding it is a big deal.

Physically weak +1 AP
You are unfit, or frail.

Blind or Deaf
+ 2 AP for partially blind or deaf, + 3 for fully blind or deaf.
If you have no experience with these things in real life, and aren't confident role playing them in a respectful and serious manner, please do not take these disadvantages.

Unlikeable + 1 AP
You're just not easy to love. People who meet you tend to find you unpleasant or uncomfortable to be around. Even when you try to struggle to win the favour of those around you.

Disfavour + Various AP
You're disliked by a particular group, and they know who you are and what you did. Their reaction might depend on who they are, and how powerful, but you'd better watch out when they're around. You may receive a nasty surprise if you go to the wrong side of town. Maybe you even have a bounty on your head, do the military know you're a part of the rebellion for example?
1 point: rebels, smaller gang, underground criminals
2 points: Blue Merchants, the Faetouched of the Hidden Village, Underground Mafia
3 points: The Pride, The Military, Rebel Leaders
4 points: You have the eye of the Unified Council, or their direct subordinates (you must also justify this in character building.)

Particularly unskilled + various AP
No matter how you try, you're just really bad at certain things
Depending on the nature and value of what you're skilled at this advantage is worth different amounts. Let us know if something is missing.
1 point: basic handy skills, gardening etc. (being particularly bad at art or music cannot be counted as a disadvantage unless you can justify it in character building)
2 points: lock picking, stealth, building, tactics, tinkering etc.

Magic hates you + 2 AP
You don't understand magic, or know why it acts the way it does when you're around. Though it's not always present, magic in this world and yourself just do not mix well. You're bad at noticing it, bad at dealing with it, and liable to cause an accident if you try.